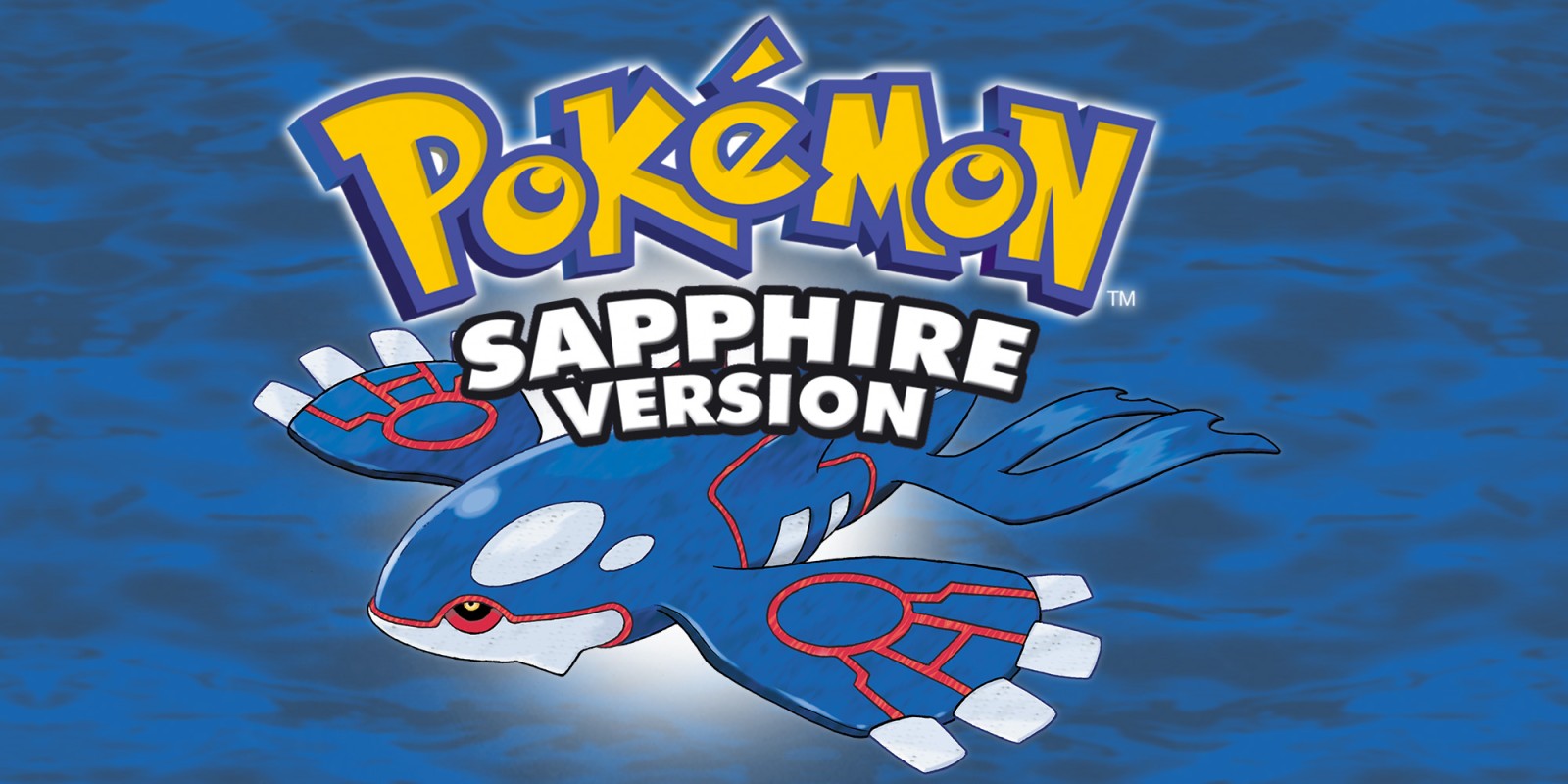 Pokémon has evolved! Pokémon Ruby and Pokémon Sapphire, the first of the series for Game Boy Advance, combine the power of the world's most powerful portable game system with the playability of Pokémon to create an experience that you can't afford to miss.

Featuring an all-new storyline, a massive new world to explore, and a menagerie of new (and many classic) Pokémon to catch, train and battle - Pokémon Ruby and Sapphire are a Pokémon fan's dream come true. Both games are set in the world of Hoenn - a land filled with cities, caves, lakes and secrets. When your adventure begins, you must choose whether you want to play as a male or female character (both are kitted out with some cool new Pokémon gear) and set out on a mission to become the best Pokémon Trainer that Hoenn has ever seen. Before you begin your quest, you're given one of three new Pokémon to start you off. You can choose from Treecko, a Grass-type, Torchic, a Fire-type, and Mudkip, a Water-type Pokémon.

Once you're out in the big, wide world, you'll encounter many species of wild Pokémon and fellow Trainers who are eager to show off their skills. Wild Pokémon, once defeated, can be caught and added to your team. Defeating Trainers earns you skill, money and plenty of satisfaction. It's on the battle screen that you'll see one of Pokémon Ruby and Sapphire's new elements - two-on-two battles. You can now pit two of your Pokémon against a pair of opponent's Pokémon, making for a far more strategic experience, as you must think about what combination of moves work best. More battles leads to more experience. Once you're ready, you can go head to head with the best Trainers that each of Hoenn's cities has to offer. Defeat their Pokémon and you will be awarded badges as proof of your Pokémon-commanding skill. Your ultimate goal is to defeat the Elite Four - a quartet of super Pokémon Trainers from the Pokémon League - and claim your crown as Pokémon master. But it's not all about battling.

Another new feature of Pokémon Ruby and Sapphire is the Pokémon Contests. Once you've raised your Pokémon to a good enough level, you can enter them in competitions. Each Contest pits your Pokémon against three rivals in five categories: Cool, Beauty, Cute, Smart and Tough. To increase the chances of your Pokémon becoming the 'best in show', you must feed it PokéBlocks. These are nutritious and delicious sweets made from berries that you find throughout Hoenn. Using a special machine, you can create many different flavours of PokéBlock, making your Pokémon more intelligent or more loveable, for example. Two or more people are required to operate the machine, meaning you can join forces with another character or link Game Boy Advances and recruit a human player to help out. Plus, each user who takes part receives a PokéBlock, so there's something in it for everyone.

There's so much to see and do in Pokémon Ruby and Sapphire that you'll be playing for months to come. Naturally, catching all the Pokémon will take some time, and you'll need both the Ruby and Sapphire versions of the game in order to catch 'em all. Plus, there are other differences between the Ruby and Sapphire version. In Pokémon Ruby, the powerful Team Magma is plotting to increase the planet's landmass and create more habitats for people and land-based Pokémon. In Pokémon Sapphire, it's Team Aqua that are causing mayhem by scheming to turn Hoenn into a watery wasteland to create homes for their water-based Pokémon.

Last - but definitely not least - is the multiplayer mode. Pokémon Ruby and Sapphire's link-up mode is the strongest yet. By connecting with a friend's Game Boy Advance, you can take part in one-on-one or two-on-two battles. But the real thrill comes when you link four Game Boy Advances. With four players, you can form teams of two and battle against each other. Or you can host your own Pokémon Contests and see whose Pokémon are the cutest or coolest. Or you can team up and make some juicy PokéBlocks for each other. Quite simply, there's more crammed into this tiny cartridge than you'd think was scientifically possible. Blending powerful Game Boy Advance graphics and sound with the winning Pokémon playability, Pokémon Ruby and Pokémon Sapphire create the greatest Pokémon adventure you've ever seen.